What to do when you are Struggling with an Assignment?

How do I Confirm that I will get My Assignment

The Most in-Demand Careers in Dubai’s Job Market

How Dubai has Developed Over the Years?

10 Mistakes to Avoid When Writing Your Dissertation

Top 10 Reasons: Why Research is Important for Students

A Complete Guide to Writing Your Masters Dissertation

What is the Best Job/Field for MBA Finance Freshers? If your holidays and vacation plans were thrown off in 2020, it’s time to start planning ahead now that the official holiday calendar for the next two years has been released. His Highness Sheikh Mohammed bin Rashid Al Maktoum, Vice President, Prime Minister, and Ruler of Dubai authorized the official vacation calendar for government and private sector personnel for the year 2021. 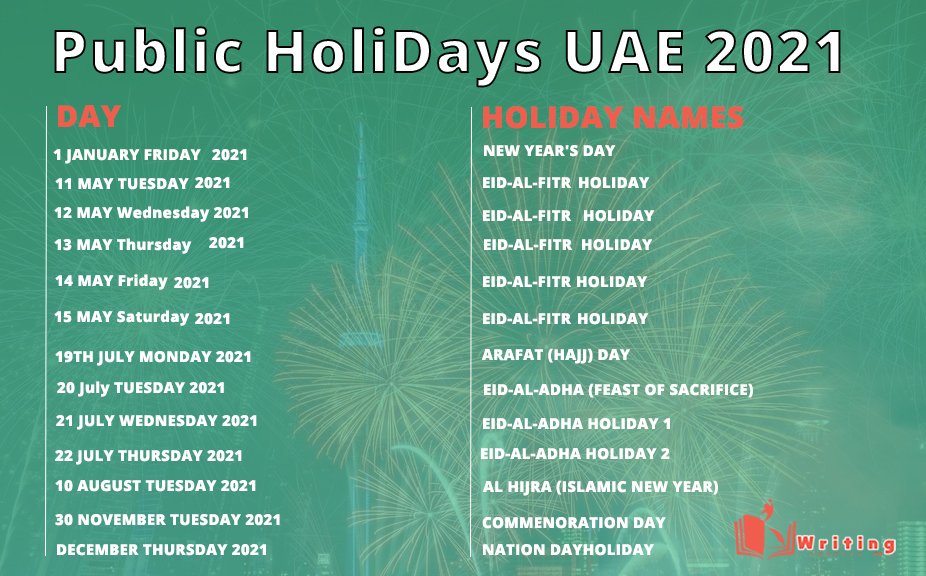 UAE is the best country for everyone to spend their lives even it is for business purposes or as a traveling purpose everyone loves UAE. Some services like essay writing service wrote that UAE is the main hub for any profession. Here are some public and private holidays which are official UAE holidays 2021 or upcoming holidays.

New Year’s Day was the first holiday in the UAE in 2021! However, because the UAE’s new year vacation happened on a weekend. UAE residents did not get an extra day off unless they typically work on Friday. As we know new years eve celebrated in all countries In the world but in Dubai, we know it is celebrated with full power. People from all over the world want to visit UAE in the new year. Because everyone wants to see the UAE new Year. It is full of joy, fireworks and many more things.

Although the majority of UAE citizens are Muslims and the majority of foreign workers and visitors are not, everyone in the UAE celebrates New Year’s Eve and Day. Parties that end at midnight, parades, and, most all, massive fireworks displays are the primary activities. The celebrations in both Dubai and Abu Dhabi are massive, and celebrants can be found in every corner of the city.

Every year, Muslims in the United Arab Emirates celebrate two Eids: Eid Al Fitr and Eid Al Adha. The first Eid holidays in the UAE will be around the second week of May in 2021, for Eid Al Fitr. Meanwhile, Eid Al Adha’s 2021 vacations in the UAE are likely to take place in the third week of July 2021.

The completion of the Islamic month of Ramadan will be marked with the Eid Al Fitr festivities in the United Arab Emirates in 2021. Eid Al Fitr 2021 UAE will be celebrated from the 29th of Ramadan to the 3rd of Shawwal in 2021.

Although exact dates are dependent on moon sightings, the 29th day of Ramadan will most likely fall on Tuesday, May 11th, 2021. Employees in the UAE’s public sector will have a long weekend as a result of this. Saturday, May 15 is slated to be the third day of Shawwal. In Dubai, the private sector Eid holidays will be held on the same dates as the public sector vacations.

Arafat Day is the second day of the Hajj pilgrimage, which many Muslims from the UAE and other countries do every year. There is a holiday for Arafat Day, the Islamic occasion that honors the second day of Hajj, the yearly journey to Makkah, in the UAE in 2021, before the second Eid vacation. Muslim pilgrims will go from Mina to Mount Arafat, a nearby hill, on this day. On Monday, July 19, 2021, this is expected to occur.

Eid Al Adha, the Muslim pilgrimage to Makkah, will be the next important public holiday in the UAE in 2021. (Hajj). This commemorates the Prophet Ibrahim’s willingness to sacrifice his son Ismail and is translated as “festival of sacrifice”. If Arafat Day falls on July 19, the Eid al Adha holidays in 2021 will take place from Tuesday, July 20 to Thursday, July 22. This means that when Arafat Day and the weekend are combined, people might get a six-day respite!

Islamic New Year is a public holiday in the UAE, as it is in many Muslim countries. It happens on the first day of Muharram, the Islamic lunar calendar’s first month, and is also known as “Al-Hijra” (“flight”). Since it commemorates Muhammad’s departure from Mecca to Medina on this day.

In 2021, the Islamic New Year will be the first national holiday in the UAE. The new Hijri Year will begin on Muharram 1 and will be determined by the sighting of the moon. This year’s UAE public holiday is set to fall on Thursday, August 12, giving UAE residents a day off in the middle of the week.

Another UAE public holiday, this time in October 2021, will be celebrated by UAE inhabitants. Muslims in the UAE commemorate the birth of Prophet Muhammad (PBUH) on the 12th of Rabi Al Awwal, according to the Islamic lunar calendar. In 2021, this is likely to occur on Thursday, October 21.

The Emirati martyrs’ sacrifice is commemorated on Commemoration Day. This will be one of the UAE’s final official government holidays until 2021. This year’s holiday will be on December 1st, 2021. On this day remembrance for those who have sacrificed their lives for the sake of the country.

The commemoration of the UAE’s independence and subsequent union in 1971 is known as National Day. The UAE’s National Day, which is celebrated every year on December 2, will be the last government holiday in 2021. When paired with Commemoration Day and the weekend. This will fall on a Thursday in 2021, giving citizens a four-day long weekend in the UAE.

The United Arab Emirates will commemorate the 50th anniversary of the unity of the seven emirates in 2021. Residents can expect big celebrations all around the UAE to commemorate the UAE’s Golden Jubilee! Check MyBayut for a complete list of events taking place during the UAE National Day holidays in 2021. 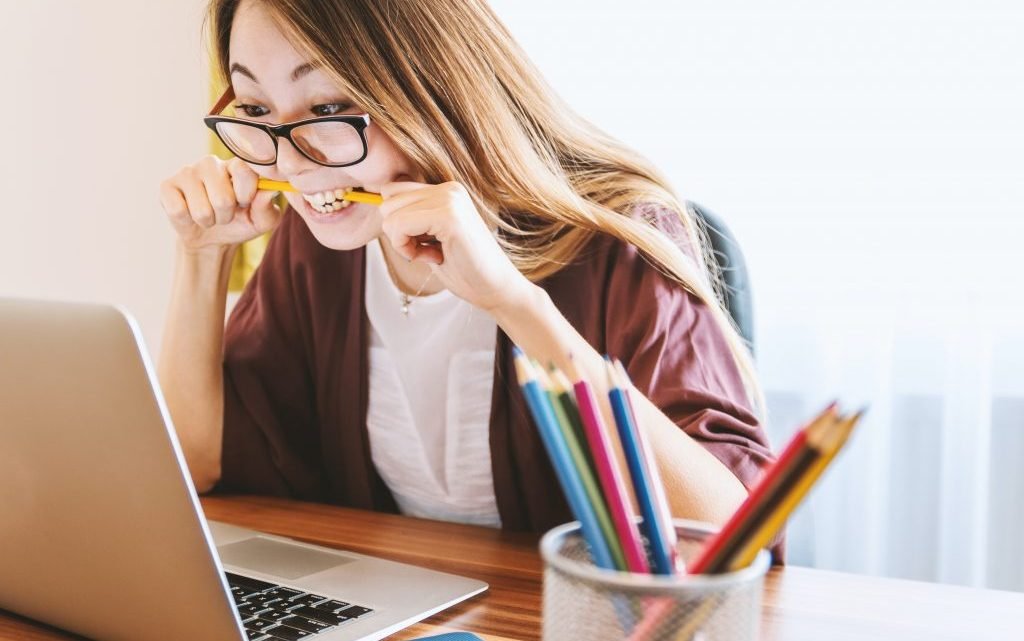 What to do when you are Struggling

During university life, the students are assigned many assignments. The assignments are given to 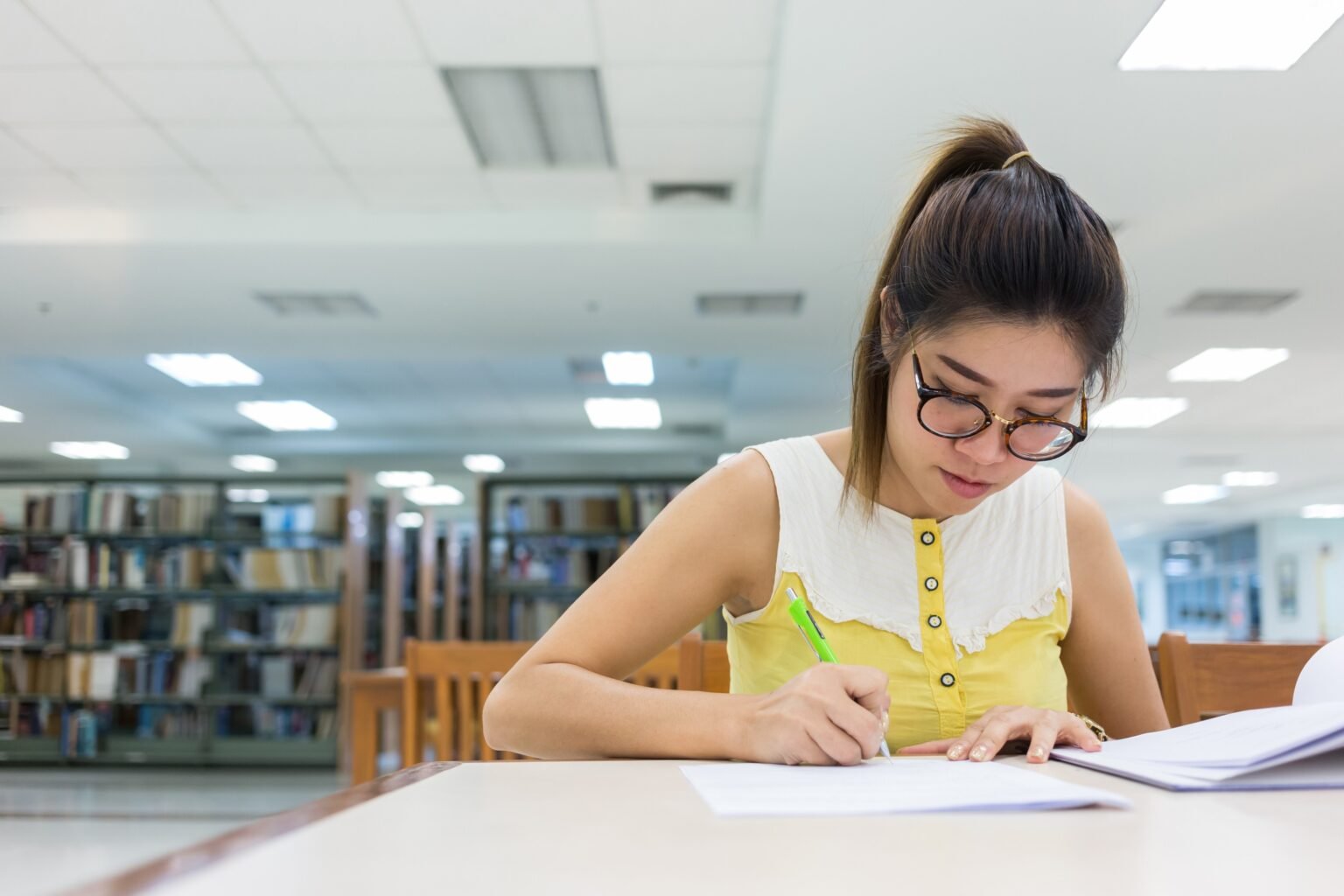 How do I Confirm that I will

The Most in-Demand Careers in Dubai’s Job